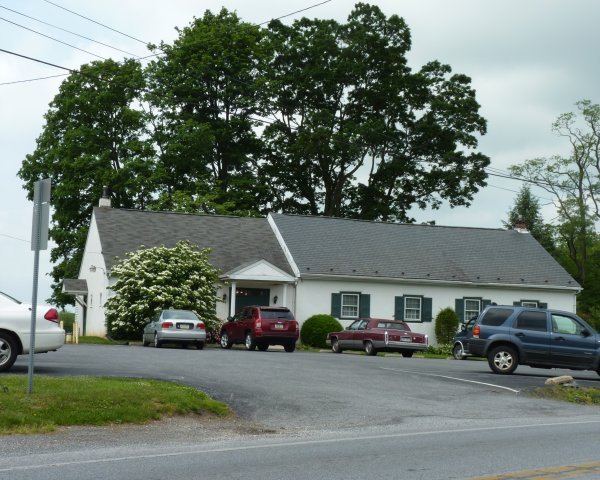 Set up in 1796 by London Grove Monthly after having been an indulged meeting under the care of New Garden Monthly from sometime prior to 1792. Early meetings were held in the home of George Welsh until 1794 when an acre of land was purchased and a log meeting house erected. In 1797 an adjoining acre of land was purchased from Matthew Welsh, followed by 107 perches of land purchased in 1814 from Thomas Welsh.

At the time of the Separation, the Hicksite branch retained the 1801 structure, while the Orthodox branch used the original log meeting house until 1814, when they purchased a little over an acre just north of Ercildoun and built a red brick meeting house and a burial ground plotted. The Orthodox branch meeting was laid down in 1890 and the property, excluding the burial ground, was sold to Samuel Ruth in 1911. Though the original Orthodox meetinghouse is no longer standing, the burial ground is still accessible.