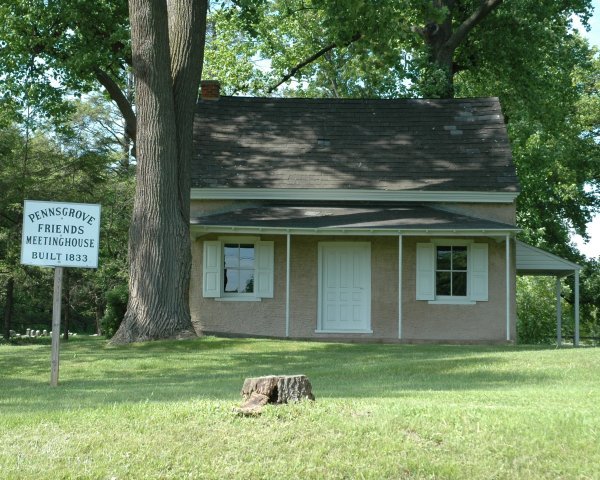 Set up in 1829 by New Garden Monthly after having been an indulged meeting since 1820. Early meetings were held at the home of John Hambleton until March 1828 and than at the home of Samuel and Phebe Hadley for about 9 months. After that, meetings were held in a small log building on Hadley’s land until the current meeting house was built in 1833 and its burial ground plotted. In 1842, the meeting was transferred to Pennsgrove Monthly. The meeting was laid down in 1951 and Pennsgrove Monthly assumed its responsibilities. The meeting house is open for special meetings each summer and is under the care of Western Quarterly.